Permafrost regions are characterized by ground which remains frozen for two or more consecutive years. By definition, permafrost is determined by its temperature. This means that permafrost environments may have high or low moisture contents. Globally, permafrost is present in extreme northern and southern environments.

Permafrost plays an important role in the global climate system. About half of all the global soil organic carbon is located in permafrost regions. With warming, carbon may be released from the permafrost to the atmosphere as carbon dioxide and methane and act as a positive feedback accelerating climatic change. Permafrost degradation can also have devastating impacts on buildings, roads, and gas pipelines in northern communities, all of which rely on the structure of frozen ground for stability.

More information on soil and permafrost: 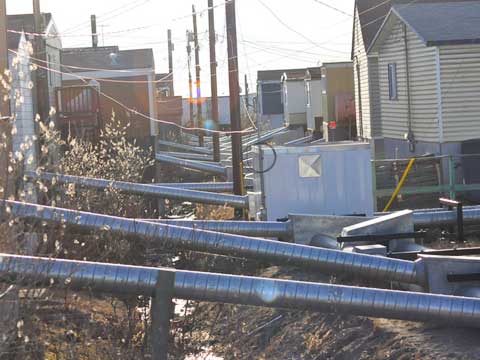 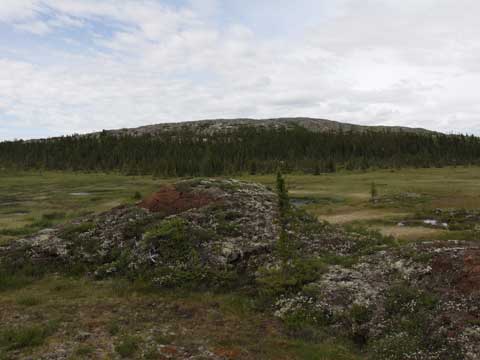 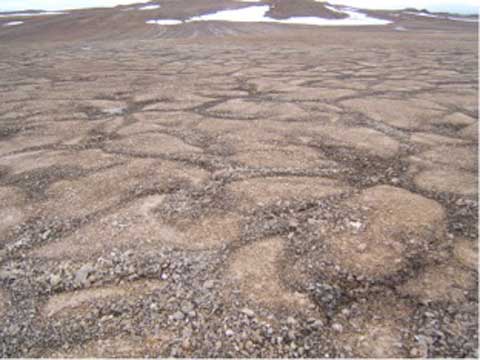 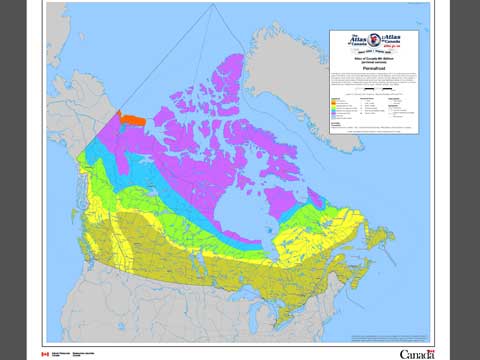 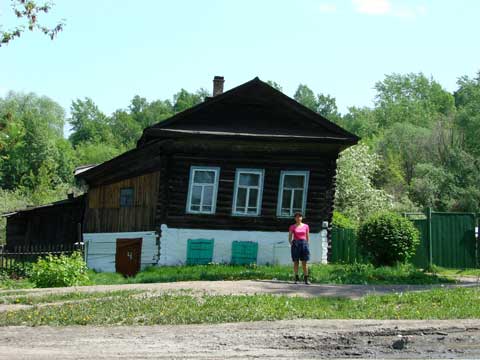 The upper portion of permafrost is called the active layer – the layer of ground that experiences seasonal freeze-thaw activity. The process starts in spring when sufficient sun energy causes frozen ground to thaw and continues into the fall when the ground begins to refreeze. In many cases, organic matter on the surface of the soil diminishes temperature extremes below due to its insulating effects. The role of surface vegetation is of particular importance in lower latitude (discontinuous) permafrost regions. Here, permafrost is typically found in areas with organic soils such as peatlands.

On a global scale, the degradation of permafrost may have an important impact on carbon storage and climate change; on a local level, it will impact human habitation and resource development. In this study, the effects of surface vegetation on near-surface ground temperature and active-layer depths were examined at sites in the discontinuous permafrost region of the central Yukon Territory. Discontinuous permafrost is characteristically warm (near 0°C) and the local occurrence of permafrost is governed by microclimatic differences arising from variations in topography, soil conditions, vegetation, and snow cover. Here, permafrost is typically found in forested soils with thick organic layers. Tree cover prevents much of the insulating snow from reaching the ground surface allowing the soil to cool in winter while surface organic matter reduces the amount of warming in summer.

More information on soil and permafrost: 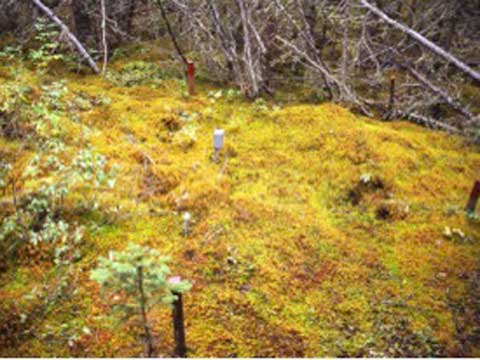 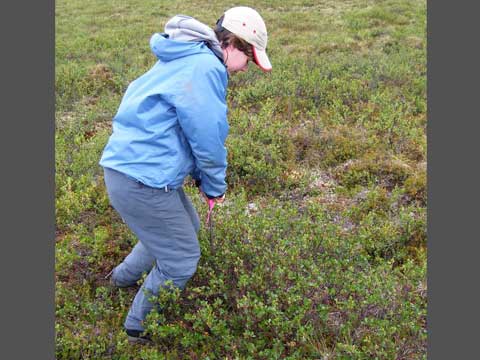 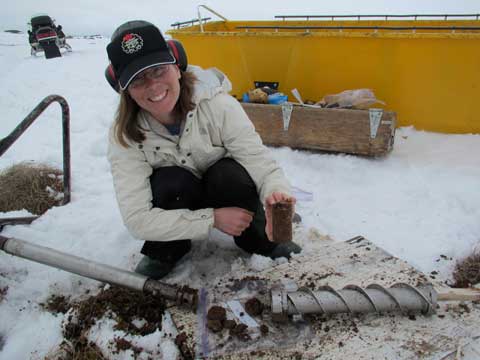 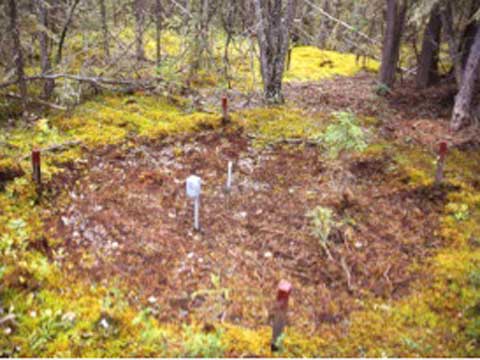 Two sets of paired sites were selected to assess the importance of surface vegetation and organic matter on permafrost characteristics. Surface vegetation and organic material was removed from one site in each pair (see Figure 1). Ground temperature was monitored at each site for a period of three years. While surface disturbance did not result in changes to the mean annual ground temperature, the active-layer depth increased by approximately 20 cm in disturbed sites and the annual temperature range (difference between maximum and minimum temperatures) was greater by nearly 10°C. These findings suggest that, in the central Yukon Territory, forest cover and surface organic matter are critical to the presence and stability of permafrost.

Learn more about permafrost at these useful links.

National Snow and Ice Data Centre:
A wide range of resources about the physical and social sciences related to frozen ground.

The Atlas of Canada:
An interactive website that allows you to explore Canada’s permafrost regions.

Prescribed learning outcomes (PLO) are content standards for the provincial education system; they are the prescribed curriculum. The “It’s Cold Down Here!” research project and activities will help students to achieve the BC PLOs listed below.

PLOs are listed by code for different courses. Please consult the appropriate Integrated Resource Package (IRP) to identify the PLOs. A catalogue of the BC Curriculum Documents (including IRPs) can be found here: http://www.bced.gov.bc.ca/irp/all.php?lang=en#